read half of Kunming 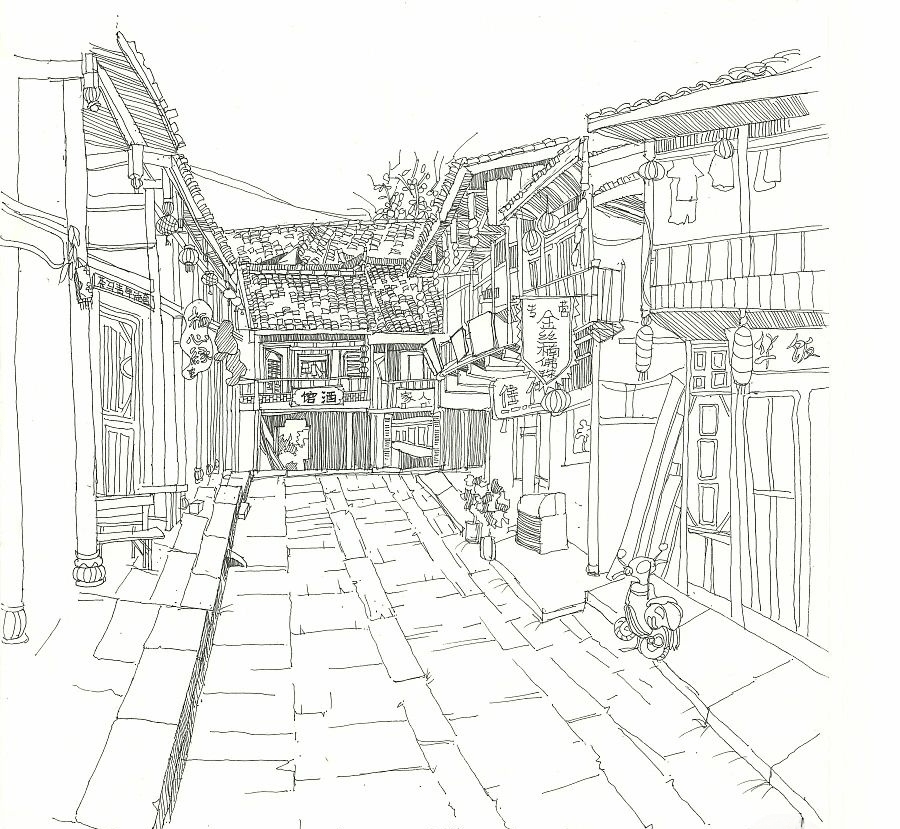 Kunming, this historical and cultural city, has too many old streets, they are like tendons and veins that have been flowing in the land where people live for thousands of years.

And Wenlin Street, this once winding path, seems to have this sense of time reincarnation.

Wenlin Street, starting from one two one street in the west and extending to Cuihu North Road in the east, is more than 700 meters long. It cuts off the more famous Qianju Street and Culture Lane, and strings together a number of alleys such as Xianshengpo, Tianjundian Lane and Xiaojipo.

During the Ming and Qing dynasties, this was just a small dirt road, but it was called "Wenlin Street" because it was near the Gongyuan (the site of Yunnan University today), a place where candidates for the imperial examinations gathered and took the meaning of "literati like a forest". 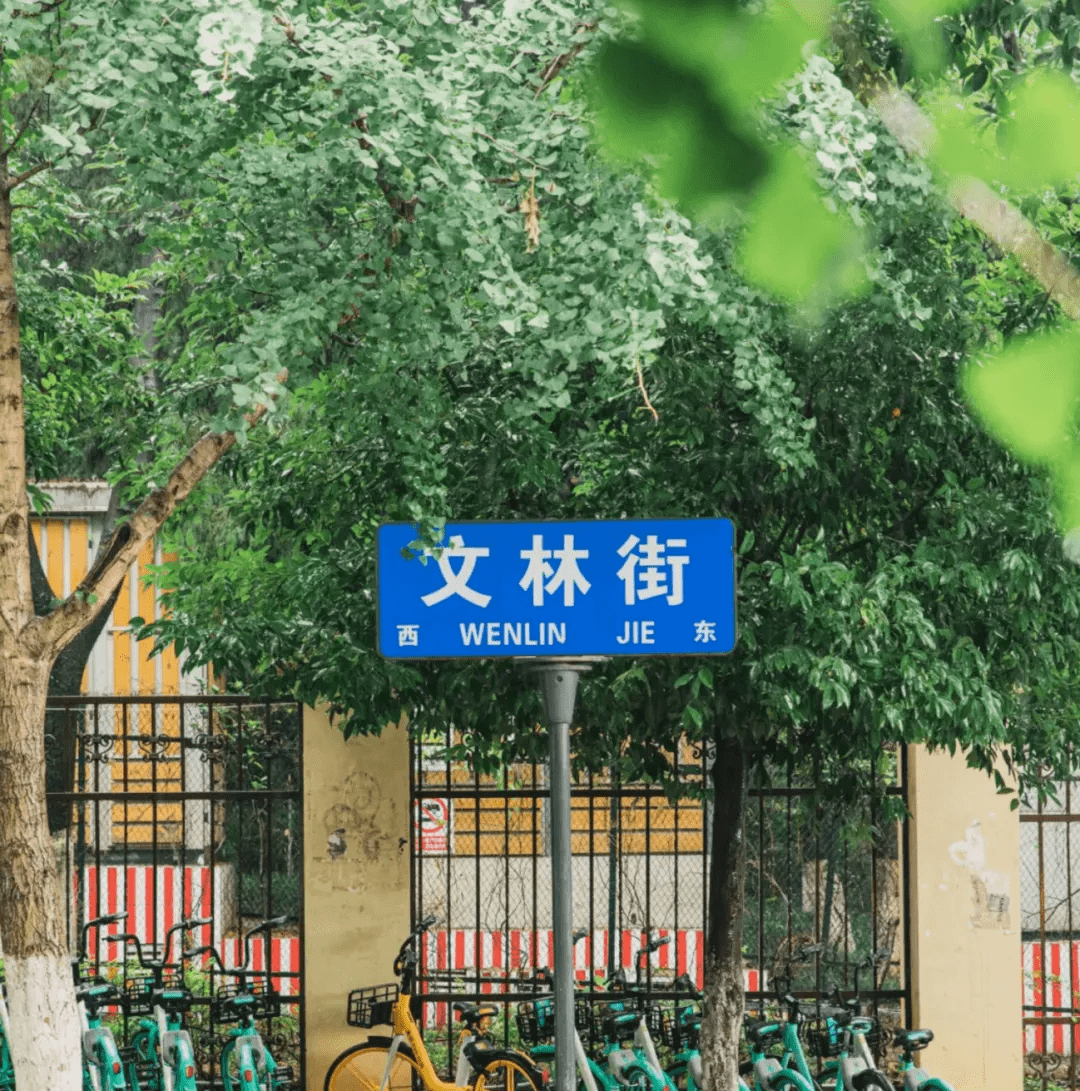 In those days, cars, horses, and mail were slow, and life on Culture Lane and Wenlin Street was also slow.

In those days, enemy planes flew overhead and bombs fell in the courtyard, and Culture Lane and Wenlin Street became the last cultural lifeline of the country at that time. 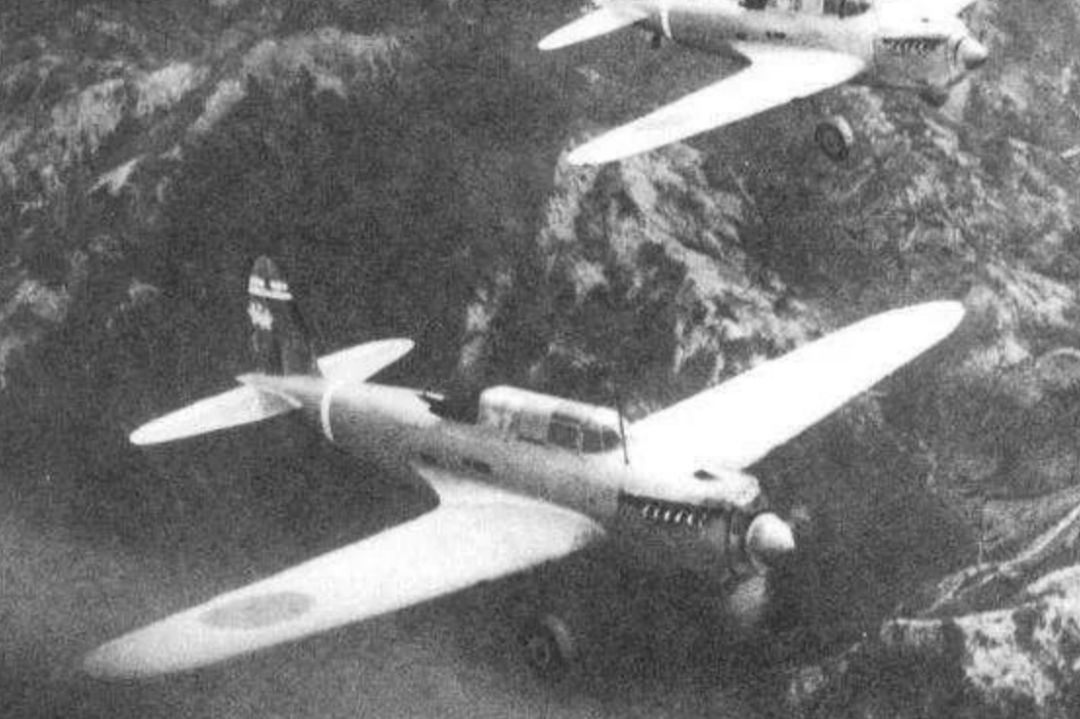 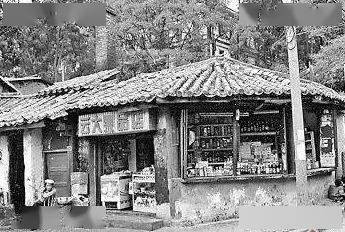 History stumbled, and it was the era of the Southwest United University that brought together the high lights, and Wenlin Street, where restaurants, rice noodle shops, teahouses and other convenient facilities were concentrated, became the beloved place for the students of the United University. 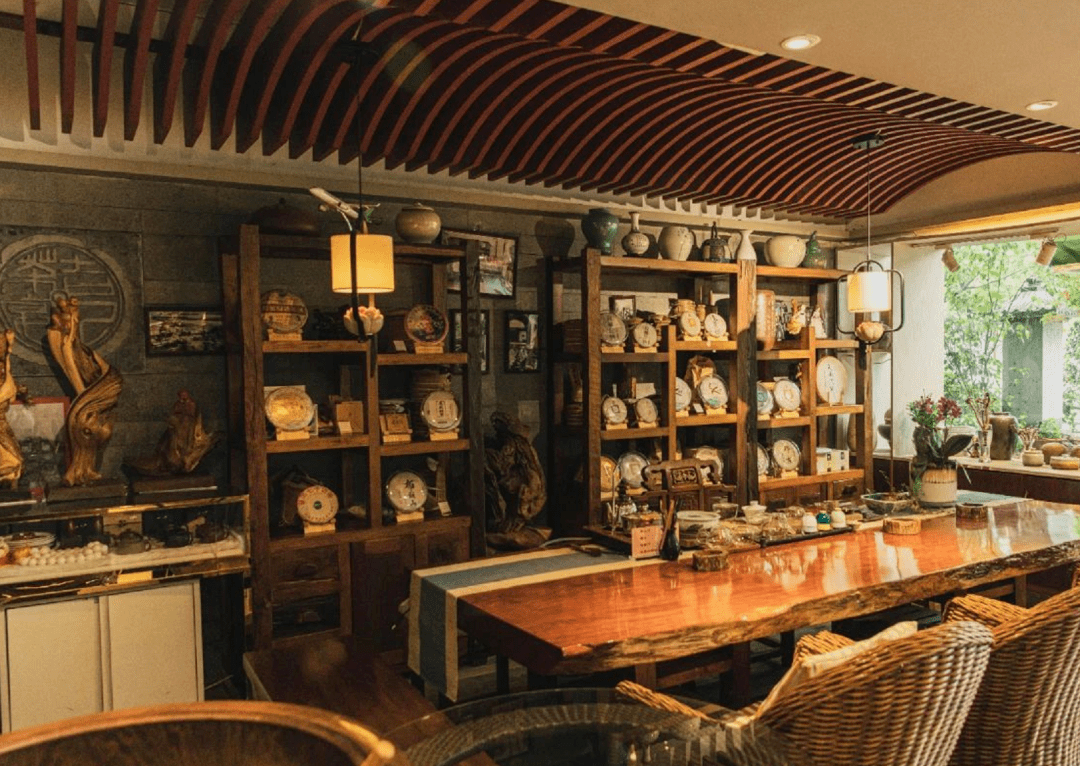 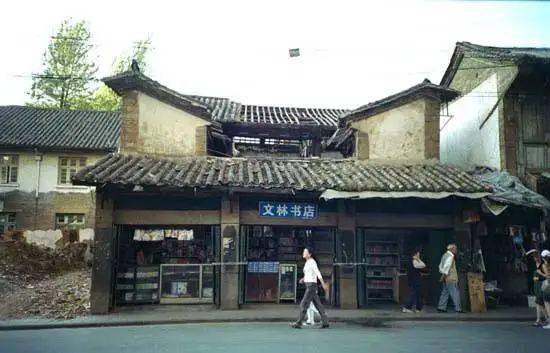 In addition to the studying students, the area of Wenlin Street was also inhabited by many famous literati, including Qian Zhongshu, Shen Congwen and Luo Tingguang, who were professors at the time, Chen Rongchang, the head of Yunnan Jingzheng College, and Yuan Jiagu, who was the top student in the national economic specialties.

There were also cultural celebrities such as Lao She and Jin Yuelin who visited at the invitation of Shen Congwen and talked about novels, drama and philosophy in a small building. 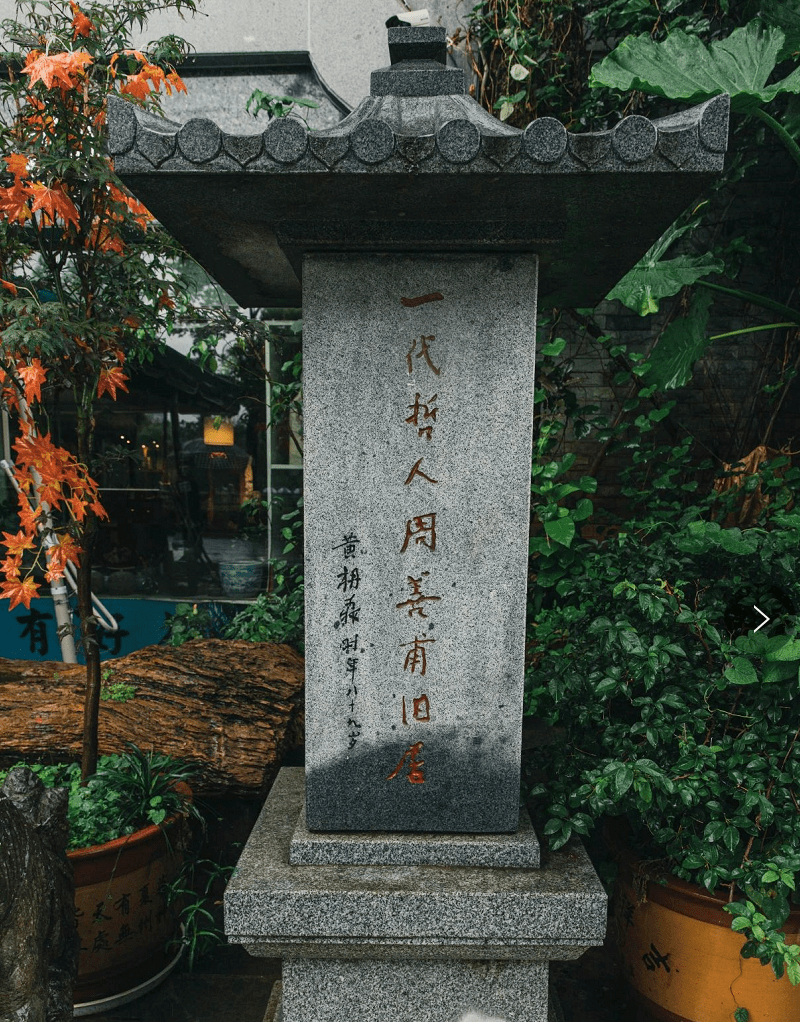 However, in those times of beacon fire and war, both professors and students lived in abnormally poor conditions. At that time, students mostly worked and studied in the stores on Wenlin Street, and professors also had to put down their teaching stature to make a living outside to subsidize their families. 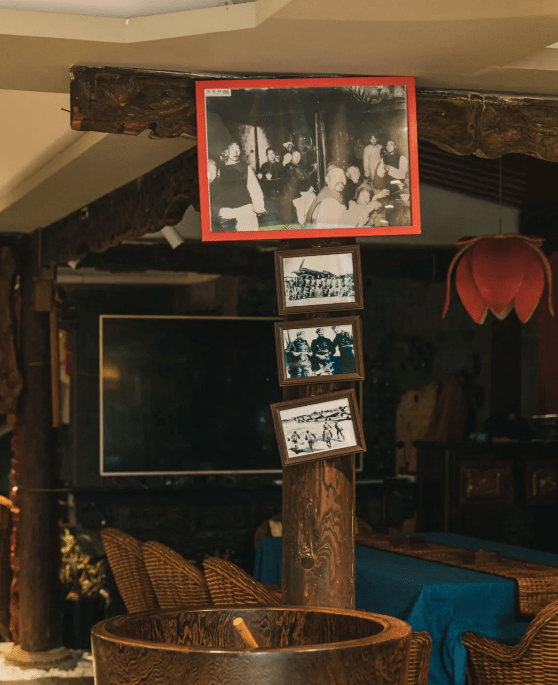 However, the hard and humble life did not discourage the teachers and students of the University, and their belief in education for national salvation never wavered. The spirit of the literati living in Wenlin Street was even more romantic. 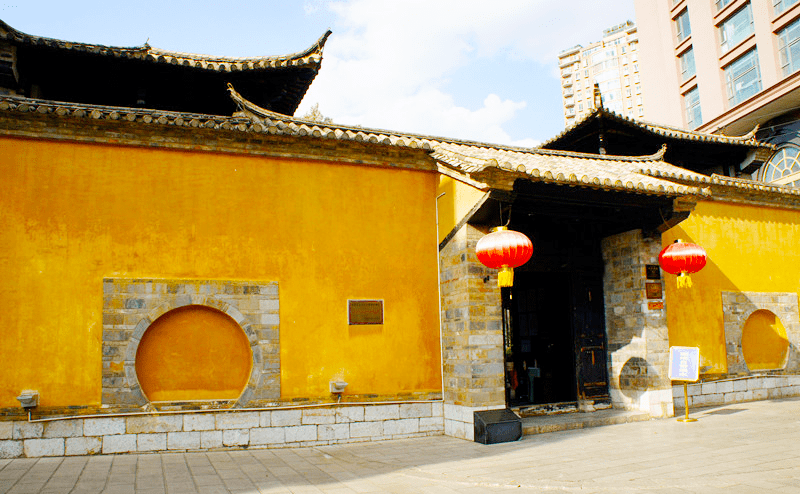 Nowadays, it is a synonym of petty bourgeoisie

More than sixty years have passed in a hurry, and Southwest United University has become a historical relic long ago. With the development of the times, the teahouses once covering the Wenlin Street also gradually disappeared, but the teahouse culture has been preserved. As the earliest street where bars sprang up in Kunming, Wenlin Street is still a place for nearby students to talk about the world. 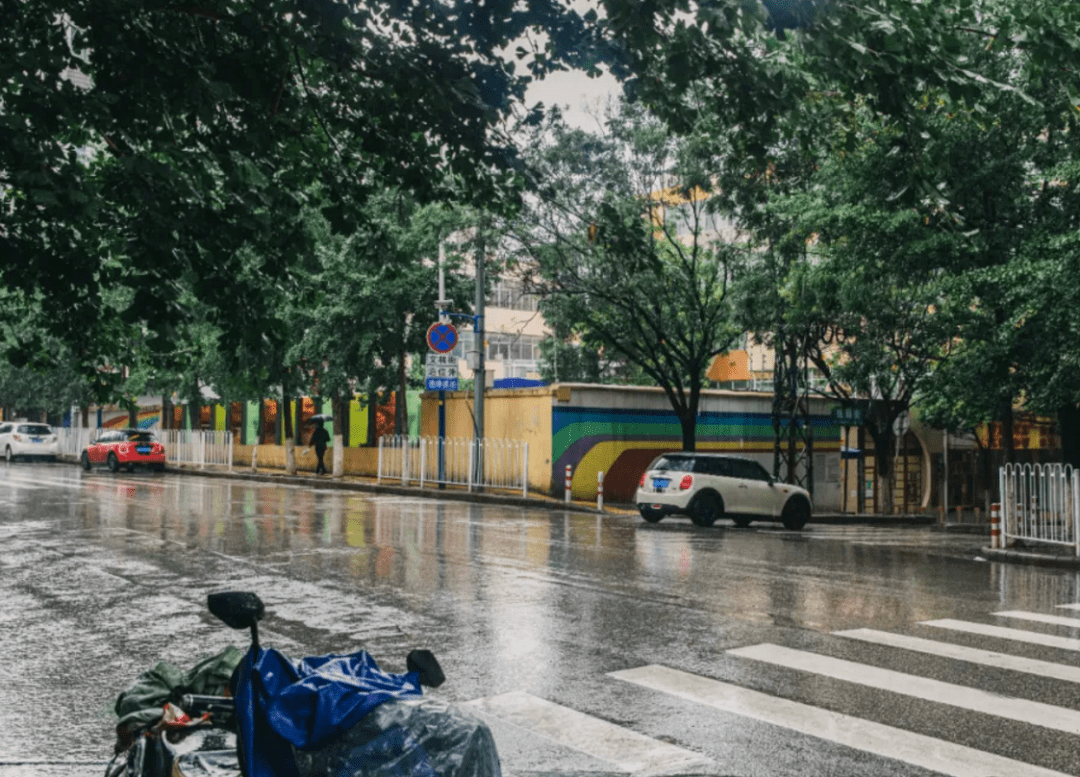 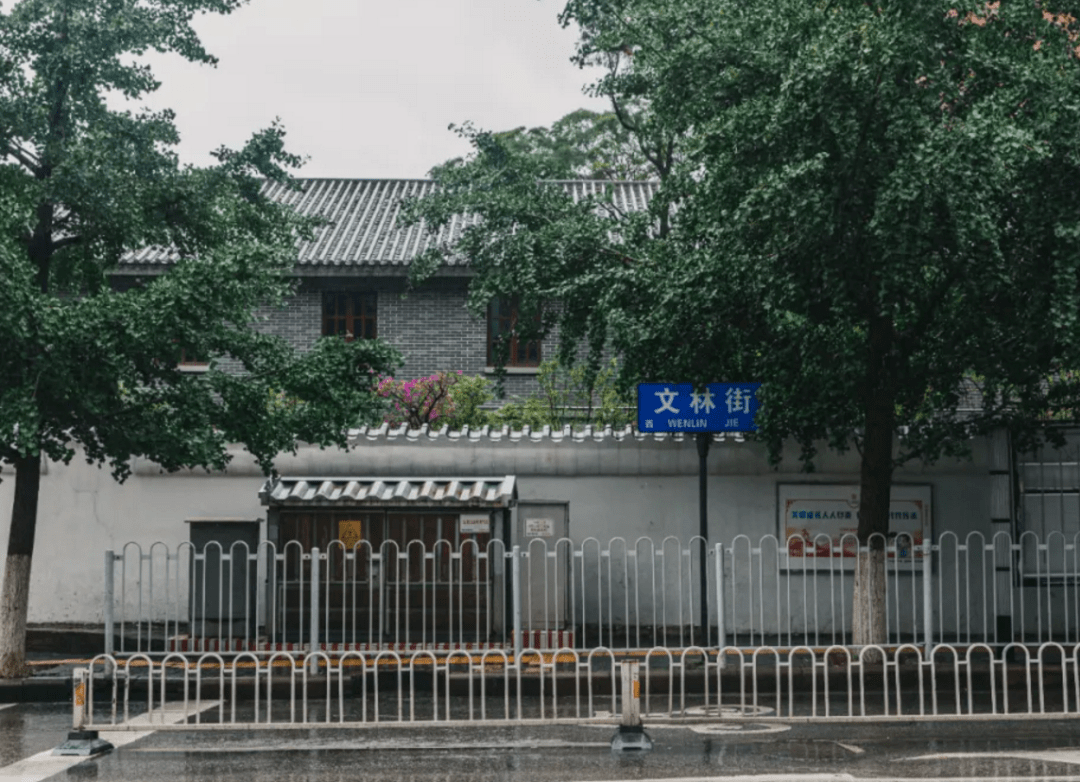 Today, coffee shops, Western restaurants, foreign wine bars ...... Wenlin Street continues the remnants of the old teahouse culture. Half of those who stay here are local youths and half are tourists from afar. 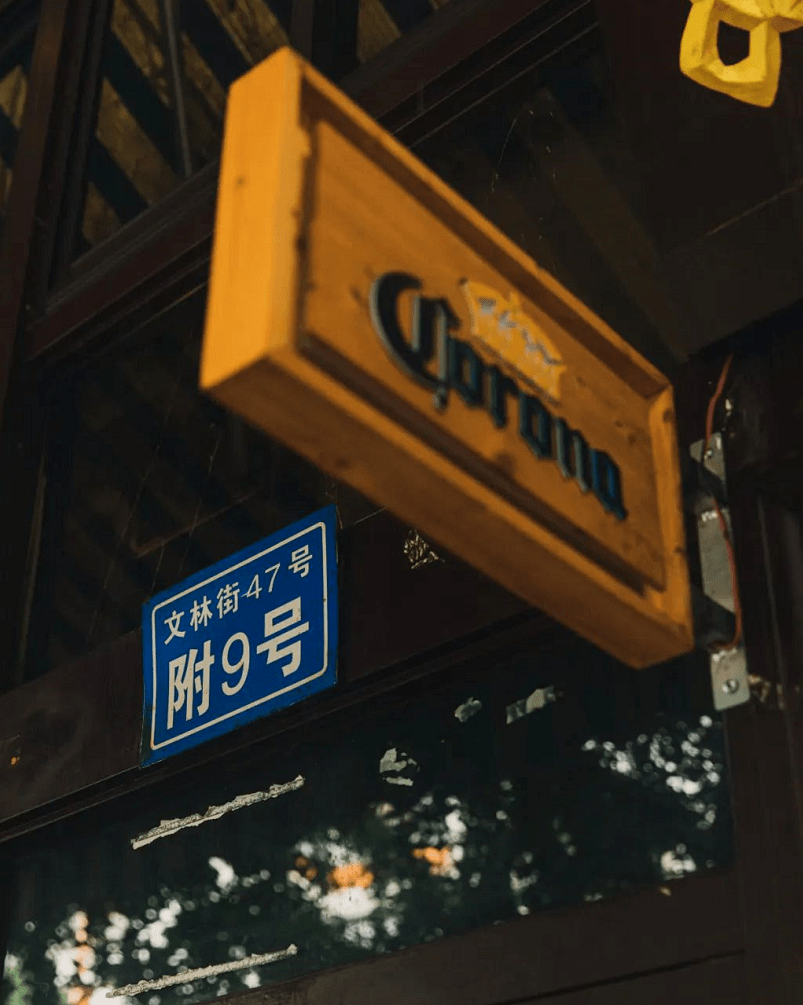 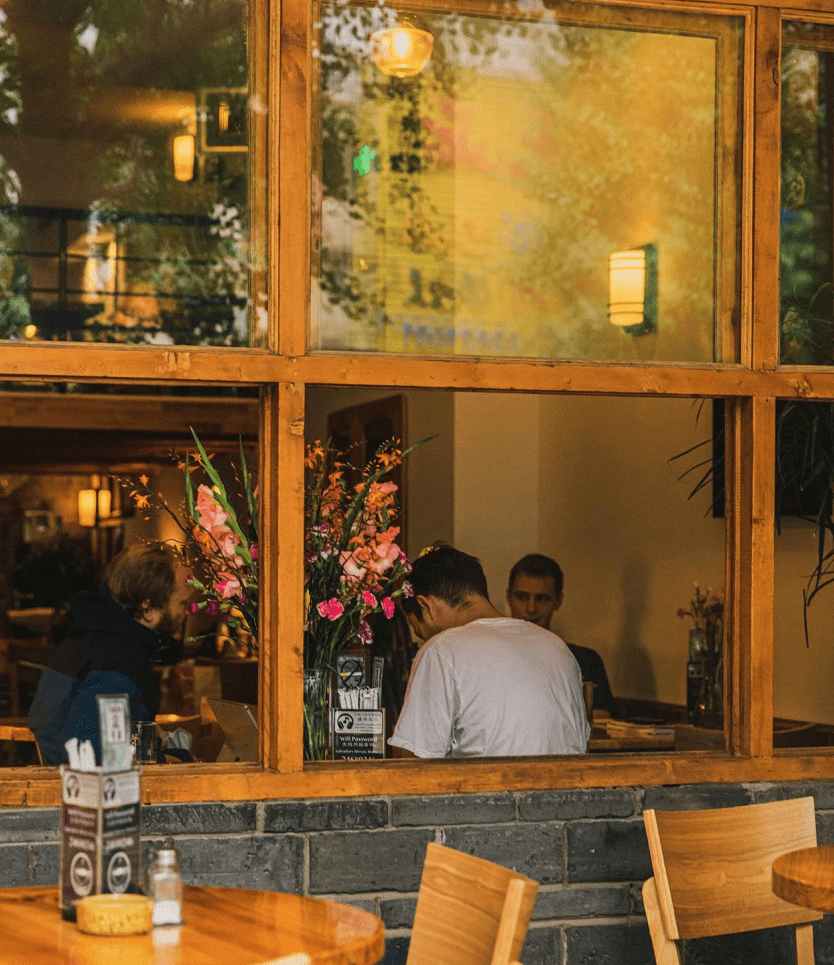 Strolling along this lane, you can still feel the literati spirit of a century ago, and when the breeze rustles the leaves, you can still see everyone from the past, reading in one of the teahouses on this road. 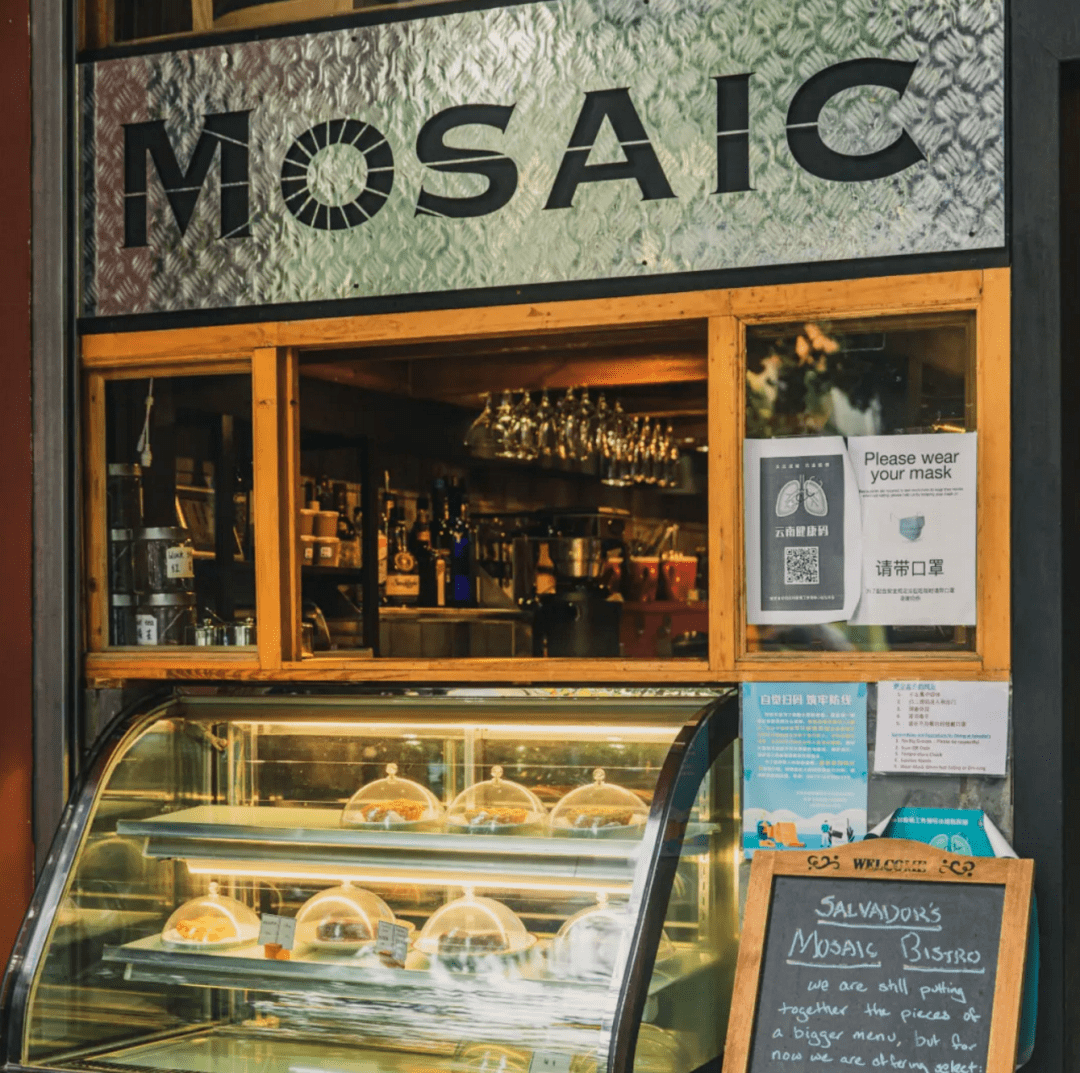 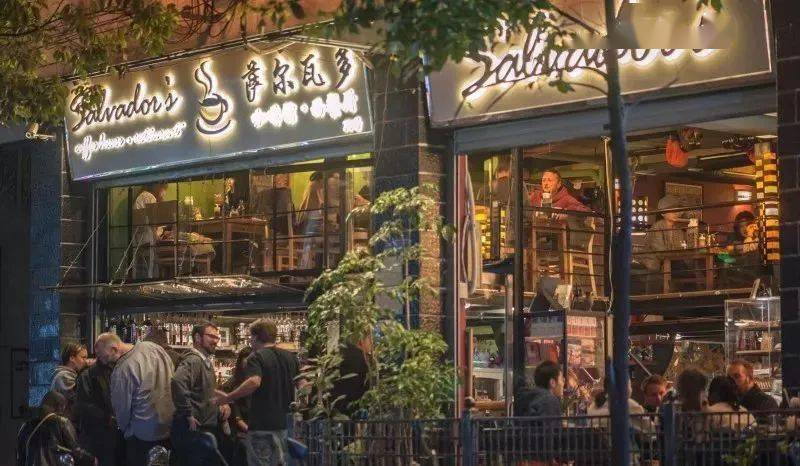 Today, Wenlin Street is not only synonymous with petty bourgeoisie, but has also become a must-see place in Kunming as recommended in travel brochures and magazine travel columns. 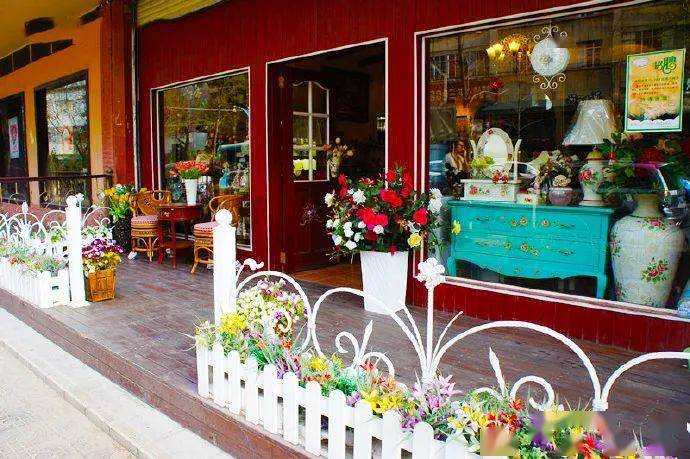 Dozens of Chinese and Western restaurants, cafes, bars and individual stores such as Hujiu Snack, Douxiang Garden, Impression Court, Salvador Café, Kunming Past, and Prague have all made their way onto the recommended hit list. 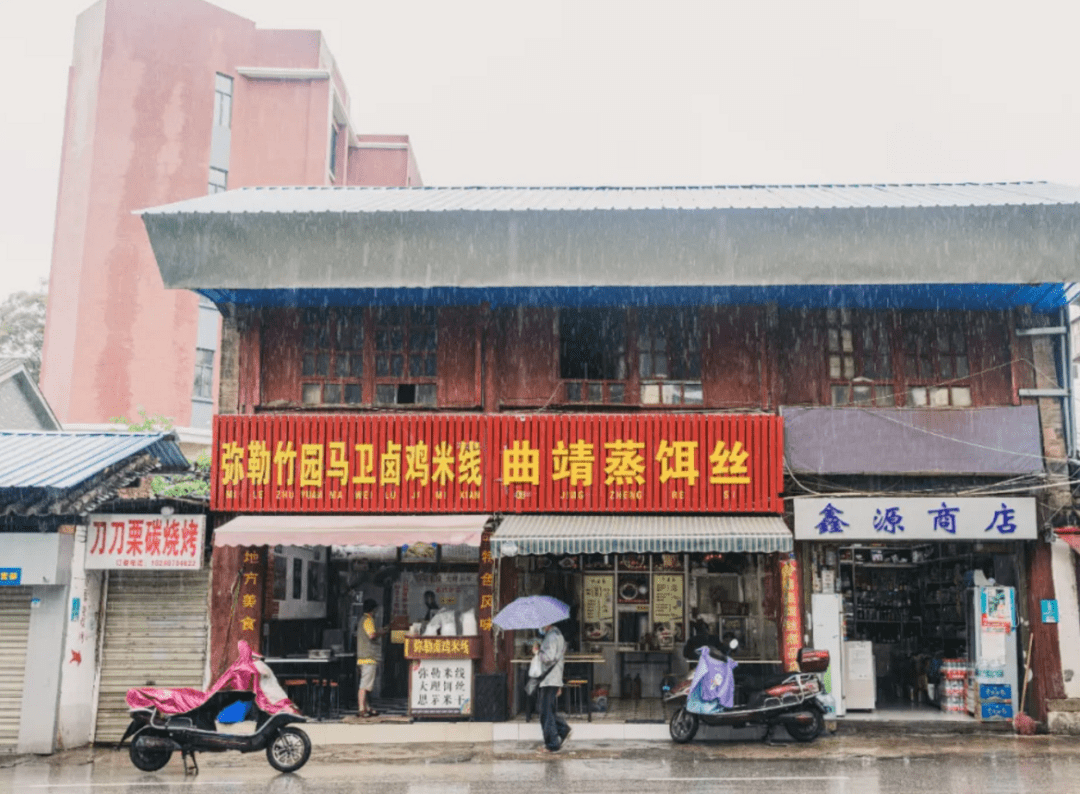 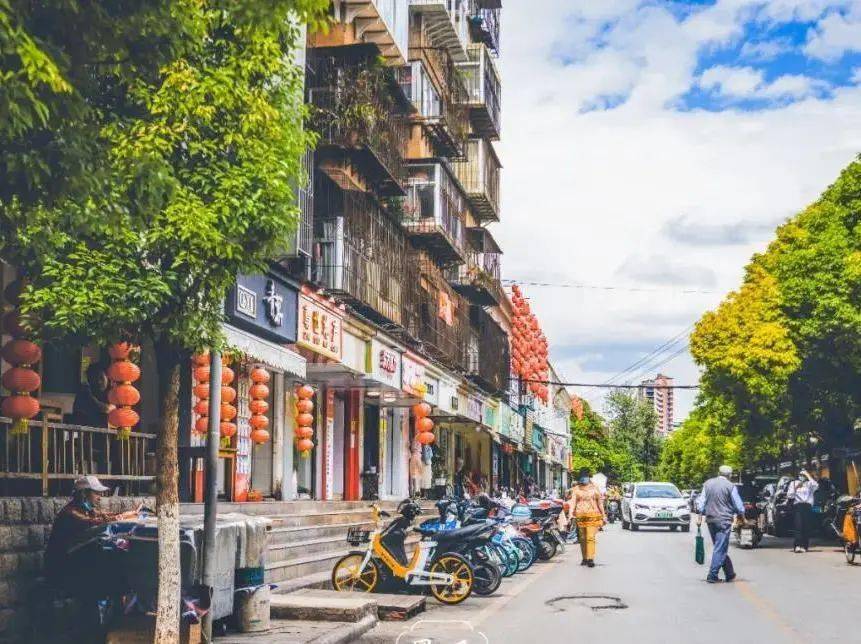 For Wenlin Street, it seems that it will never get old. It is perched on the shore of Cuihu Lake in such a literary and urban way, injecting soft time into Kunming, and it is more like a book, which seems that if you read it, you can read half of Kunming.